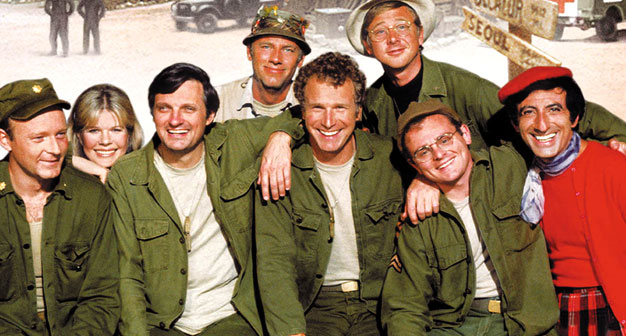 The finale of M*A*S*H was one single television broadcast that was the most watched of all time. Considering this fact, you can imagine how immensely popular this television show was! Sometimes it could be among the funniest shows on television. At other times, it could be devastating for many, emotionally. Over its long run, this show had to go through a lot of changes.

Fans of this show find it difficult, even today, to choose a season they liked the most. One of the reasons why this show was such a popular one was because of its ensemble cast. It had some awesome actors who portrayed colorful characters. Sadly, some of them are no more today. Let’s take a look at some of the M*A*S*H actors who passed away:

The M*A*S*H fans remember him for his character of an extremely gifted but snobbish surgeon. Stiers was Major Charles Emerson Winchester III in this famous television show. In a way, his character was a contrast of the main character, Hawkeye Pierce. However, it was essential for maintaining the nuance of Winchester III.

No matter how arrogant he’d appear on the show, he did have a good heart. Stiers was the voice of Cogsworth in the film Beauty and the Beast, which was released in 1991. He passed away in 2018 after struggling with bladder cancer.

He was Lieutenant Colonel Henry Blake in M*A*S*H. His character was that of a great doctor who appears to be affable and hapless. Despite this, the character is one of the most lovable as an inept commanding officer. His farewell episode was absolutely great, but hit the fans hard.

Stevenson had great aspirations of transitioning to lead roles elsewhere. Unfortunately, it didn’t work out well. He did get some guest-starring roles, but didn’t find anything that he truly liked. In the year 1996, he died of a heart attack.

You’d love to hate his character of Frank Burns in this show. This character was bigoted, incompetent, hypocritical and obsessed with status. Although the character was awful, it was a masterpiece. According to Linville’s co-star, Gary Burghoff, he was the direct opposite of the character he portrays in the show.

Frank Burns seems delightful in some scenes while he is intolerable in others. Larry Linville had a successful theater career and he gave several Broadway performances. After a long-term complication arising out of cancer and one related surgery, he suffered from pneumonia. This resulted in his death in 2000.

In the episode ‘The General Flipped at Dawn’, he was a one-off character called General Steele. As Morgan was, perhaps, the only funniest person in the entire cast, they had to bring him back. He was then cast as Colonel Sherman Potter, which was a fatherly character. In one of his interviews, he had said that his work in M*A*S*H made him a better human being.

Even before the show, he was already enjoying a considerable reputation. According to Alan Alda, Morgan didn’t have an unadorable bone in his body. The show’s colleagues continued to have a close bond with him. When he was 96, Morgan passed away peacefully in hospice care.