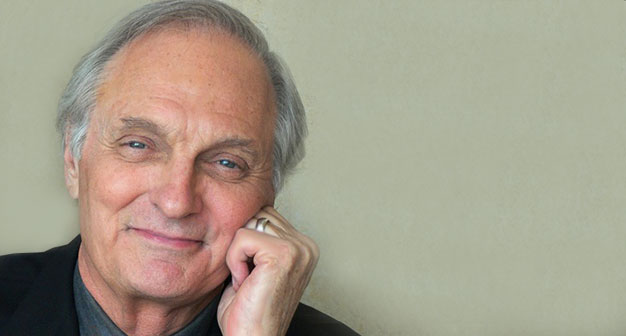 You might know the actor Alan Alda for his memorable performances as Hawkeye Pierce in M*A*S*H. However, what most of his fans don’t know is that he has immense passion for science communication. This is something that can have a lasting impact on the generations to come, in the form of the Alda Method.

How the Alda method works

At the heart of the Alda Method is building relationships to create trust. When there’s an absence of trust, it becomes very difficult to persuade the public to take some important actions. In the absence of trust, one also can’t persuade people to change their behaviors under certain social situations.

The best example of this is the communications from the community of scientists during the COVID-19 pandemic. Many individuals still didn’t wear masks, they didn’t maintain social distancing, and were avoiding vaccination. This was mostly the result of a lack of trust in the methods that the scientists were suggesting.

The Alda Method helps scientists in explaining their work in a more relatable and clear language. This involves certain training exercises. One of them is improvisation, which is incredibly powerful. It has some valuable lessons that the government agencies, scientists, and healthcare professionals can benefit from.

Initially, the ones attending the training think that it’s all about acting or being on a stage. After all, it is a Hollywood actor who was instrumental in developing this method. However, this is far from the truth. Now let’s take the example of the exercise of improvisation.

It’s all about being present in the moment, listening, and empathy. This is one of the powerful exercises that Alda had the opportunity to learn during his theater training.

The ‘YES, AND’ principle

Many individuals don’t really listen as well as they think they do. They are simply waiting for their turn to begin their speech. As a part of the improvisation training in theater, an actor has to ‘hear’ what the other actor is saying. Hearing here implies paying attention to the words of the speaker. It’s like saying, “Yes, I’m listening to what you’re saying, and I’m going to act on it”.

This is the ‘YES, AND’ principle. The best example of this putting this principle to practice is the remarks from Jerome Adams, the US Surgeon General. He acknowledged that there was a lack of trust in the vaccines among certain communities. He also pointed out why there was a vaccine hesitancy. Then, he added something to ease the concerns of people.

Making the other look good

This is one of the prominent aspects of improvisation. It’s one of the responsibilities that people need to have in the world of interpersonal interactions and communications. They must make the other look good during the communication. Building trust is more about how one makes people relate to what he or she is saying.

People relate well only if they feel valued and uplifted. According to Alan Alda, communicating effectively involves treating people with respect. Listening to their objection and finding what they care about is extremely important in communication.