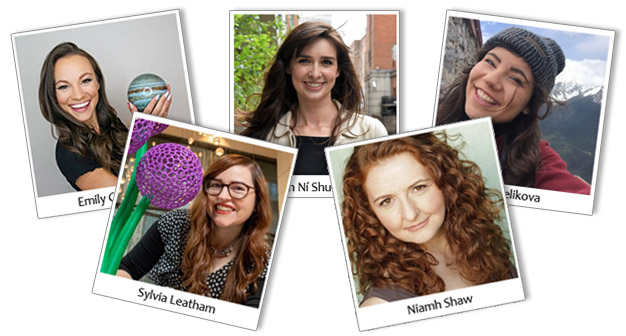 Until a few years back, no one ever knew about science communication. Today, there are several individuals making it big in this field. Among them are some really talented women. They’re now inspiring many across the world.

These women have become role models for those who are aspiring to become science communicators. Here, we’ve listed some of the popular women in this field that you must know:

She hosts an educational television streaming series, Emily’s Wonder Lab. Calandrelli is an American science communicator and former engineer from MIT. She is also the producer of the show. When she was a student, she was a winner of several academic awards. While she was in college, she was working as an intern at NASA. Her work involved simulation design. This was a part of the soil testing experiment for the Phoenix Mars Lander.

While at NASA she was also doing research on using lasers for reducing jet engine emissions. As a professional speaker, she gives presentations on important scientific topics.

Aoibhinn Ní Shuilleabháin connects the youth with key topics related to science. She does this through The Science Squad. This RTE television series has been successful since 2012. She is one of the show’s hosts. She is also among the most popular scientists of Ireland.

She is the co-founder of Scibernia. It is an award-winning podcast of Ireland. Leatham is also the coordinator of the STEPS program at Engineers Ireland. This non-profit program educates students of the primary and secondary level in STEM careers. STEPS works on Smart Futures. It is a collaborative government industry education program. It does this in strategic partnership with Science Foundation Ireland.

Smart Futures highlights STEM careers to Ireland’s post-primary students. The volunteers at STEPS dedicated over 15,000 hours to the program in 2014. As a part of this initiative, they had around 80,000 interactions. They interacted with parents, teachers, and students. She also organizes Engineers Week. It promotes engineering and its importance to children in Ireland.

This award-winning STEM communicator wears many hats. She is an engineer, performer, writer, and scientist. Shaw has also nurtured the dream of going into space since her childhood. In 2014, she created a multimedia theatrical piece called To Space. It was a part of the Tiger Fringe Festival.

Shaw’s work was an astounding success, which allowed her to travel across Ireland. She is truly passionate about igniting the curiosity of people. She also has a book with the title Dream Big – an Irishwoman’s Space Odyssey to her credit.

Velikova is a podcaster and video host who is extremely passionate about science communication. She is makes scientific topics fun, accessible, and quirky. She is currently studying for her Masters of Science Communication at Laurentian University in Ontario, Canada. On her radio show called ‘Science Sucks’, she explores the latest scientific research.